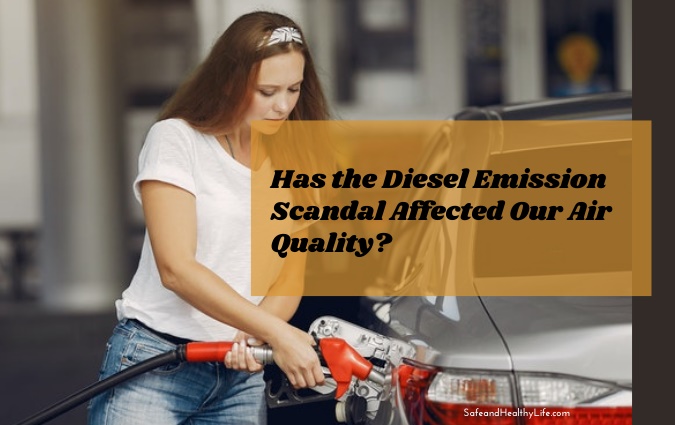 In 2017, an Environmental Health Analytics study indicated that about 38,000 excess deaths around the world were due to NOx or nitrogen oxide emissions that went over the legal limits. Most of these deaths happened in Europe. With the way air pollution is going, it wouldn’t be a surprise if this number has doubled.

According to a 2019 Transport & Environment report, four years after the initial Volkswagen emissions scandal in 2015, there are approximately  51 million affected “dirty” diesel vehicles that pollute the environment in Europe, an increase of approximately 74% from the 2016 numbers.

Of the 74%, around 9.8 million vehicles were in France, 9.9 million in Germany, and 8.5 million of the pollutant vehicles drove through the UK streets. Along with Belgium and Spain, these countries make up 81% of the European Union’s toxic air fleet.

What these numbers indicate is the stark reality that there is no end yet to the harmful effects of the diesel emission scandal.

What was the Dieselgate scandal?

In September 2015, the United States Environmental Protection Agency (EPA) issued a Notice of Violation to German car manufacturer Volkswagen for allegations that their diesel vehicles were installed with defeat devices.

A defeat device is a software that’s used in vehicles to manipulate emissions tests. It detects when the vehicle is being tested and automatically lowers emissions levels.

However, when driven outside laboratory conditions, the vehicles revert to emitting high levels of NOx emissions; levels that exceed the regulated limits.

In the months that followed, VW was subjected to investigations, fines, lawsuits, and recalls. The scandal blew into greater proportions when other car manufacturers started getting implicated in the UK and various parts of Europe.

Mercedes-Benz, BMX, Vauxhall, Renault, Ford, Fiat, Jeep, Alfa Romeo, Suzuki, Citroën, Peugeot, and Nissan are only some of the other car brands alleged to have used defeat devices that controlled NOx emissions.

What is NOx and why is it dangerous?

NOx or nitrogen oxide is a gas emitted by vehicles. It contains nitrogen dioxide and nitric oxide, two gases that are created during high temperatures and pressures and when nitrogen and oxygen combine. Once they become NOx, they release poisonous gases that cause devastating effects on the environment and human health.

Exposure to NOx, which is responsible for forming acid rain and smog, as well as ground-level ozone and particulate matter (PM), can cause various respiratory problems, cardiovascular diseases, aggravation of existing asthma, chronic lung disease or lung damage, and diabetes. Some studies also show that high levels of NOx emissions can trigger mental health issues, specifically depression and anxiety.

How the Dieselgate scandal has affected air quality

Although diesel vehicle NOx emissions have been regulated since the 1960s and the Worldwide Harmonised Light Vehicle Test (WLTP) Procedure requires successful testing before cars are sold, millions of NOx emitting vehicles are still out in the streets.

In the UK, NOx pollution is illegally high and proof of this is the case of Ella Kissi-Debrah, the nine-year-old who died because of toxic air.

Ella died of acute respiratory failure in 2013 after constant exposure to air pollution in an area that she and her mum, Rosamund, regularly passed by on their way to school.

Prior to her death, Ella had severe asthma attacks and had to be hospitalised multiple times. Her lungs collapsed five times because it was flooded with fluid.

What the government is doing

One of these is the Clean Air Zone (CAZ), which are areas in some cities in England that impose fines on owners of vehicles with high emission levels if they drive through and within the zones.

The cities of Bath and Birmingham each have a CAZ, while Portsmouth will start theirs next month (November 2021). Other cities are expected to implement their CAZs in the coming years.

Certain regulations have also been put in place to make sure car makers will comply with regulatory emissions standards. Class-action lawsuits have been filed against the automakers involved in the emissions scandal.

Affected vehicles have likewise been recalled. For example, Mercedes diesel emissions claims led to the German automaker recalling affected cars so these could be fitted with upgraded emissions software.

There’s also the Real Driving Emissions (RDE) test for all vehicles that are about to be placed in the market. The test is done in real-world driving conditions, so the procedure and the results are more reliable.

What you can do

If you think your vehicle is contributing toxic air because of defeat devices, you can file for an emission compensation claim. First, though, you have to verify with your manufacturer if your car model is on the list. Most manufacturers send a recall notice and some others provide a list of cars on their website, such as Mercedes-Benz’s Mercedes diesel scandal dedicated page.

You also need to work with a team of emissions experts who are highly experienced and willing to guide you every step of the way. The experts at Emissions.co.uk are exactly who you should get in touch with if you want higher chances of filing a successful claim.

Barbara is a Senior Support Manager at Emissions.co.uk. Emissions.co.uk specialises in bringing claims in the UK on behalf of those who have purchased vehicles from these manufacturers, whose cars breached harmful NOx emissions standards. They go against a number of car manufacturers who have lied about their pollution and emissions, in a scandal that is now known as dieselgate.